This page gives you a high level introduction to the project and how offshore wind farms work in general. Details of the latest project specific proposals are available to view on our consultation page. 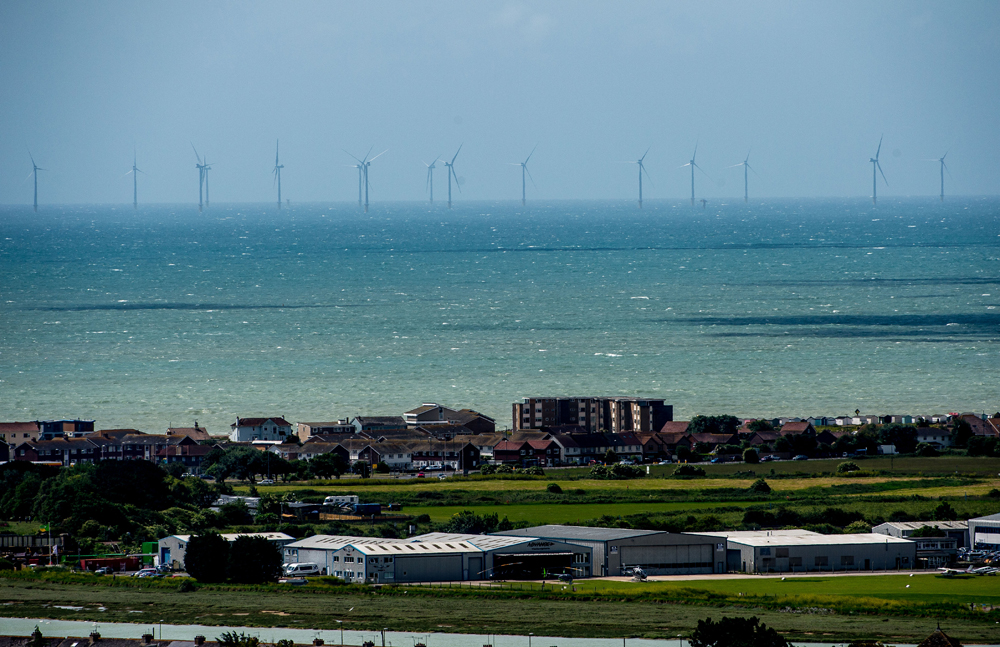 Explore the interactive map to see the proposed project area being presented for the formal consultation. You can find the assessment areas for the proposed offshore wind farm, export cable corridor, and onshore (land based) infrastructure. We have prepared preliminary assessments of the potential environmental impacts of the development.

Rampion 2 plans have been refined over time. Emerging details and an explanation of the key constraints that define the design are presented in the consultation material available on our consultation page. 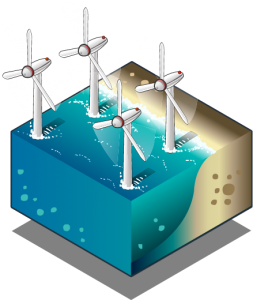 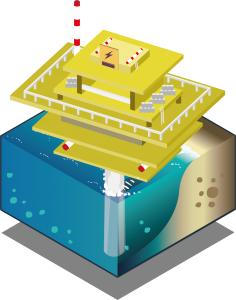 Offshore substations collect and moderate the voltage of electricity. Stepped up to a high voltage, electricity can travel long distances very efficiently. These substations are typically housed on platforms near to the wind turbines.

Offshore substations collect and moderate the voltage of electricity. Stepped up to a high voltage, electricity can travel long distances very efficiently. These substations are typically housed on platforms near to the wind turbines.

Underwater export cables transmit the electricity to a landfall location where the offshore cables are jointed to the onshore cables. The cables can be drilled under a beach. From there,  the cables can be run underground through to an onshore substation. The role of an onshore substation is to transform the electricity to flow at the correct voltage and frequency into the nation’s transmission system. 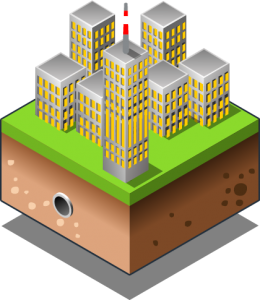 Underwater export cables transmit the electricity to a landfall location where the offshore cables are jointed to the onshore cables. The cables can be drilled under a beach. From there,  the cables can be run underground through to an onshore substation. The role of an onshore substation is to transform the electricity to flow at the correct voltage and frequency into the nation’s transmission system.

Feeling fascinated by the technology?

Work is ongoing to establish:

The final scope and design of project which we will ultimately prepare a development consent application for, is yet to be fully determined. It will be shaped by technical, environmental and economic factors alongside consultation feedback from statutory consultees, key stakeholders and the local community. 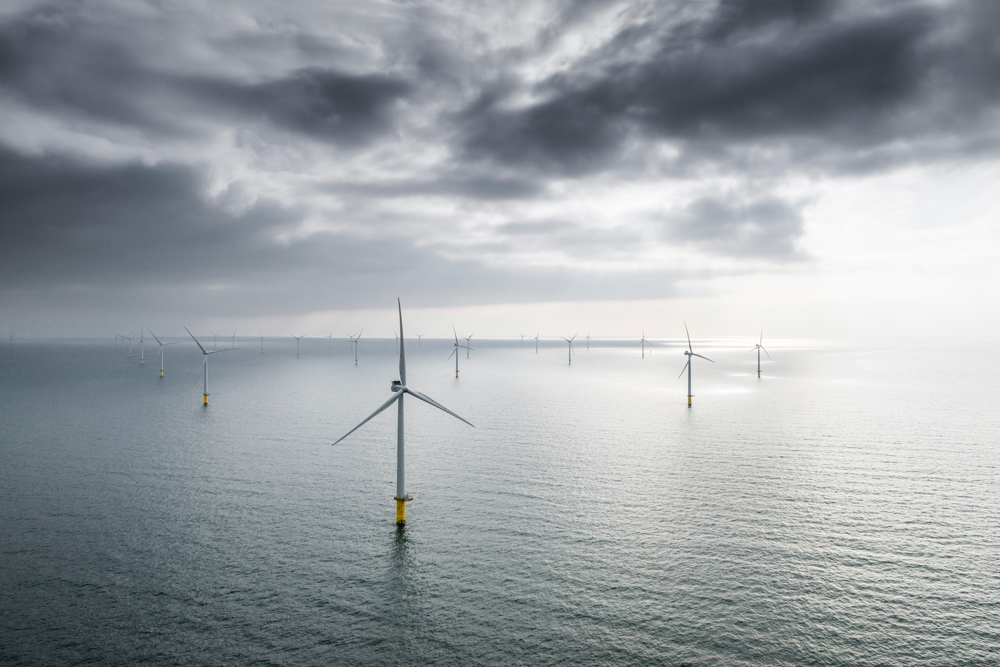 The proposed Rampion 2 sits within a maximum design envelope that has been established for the purpose of assessing the maximum potential impacts of the project. These key statistics for Rampion 2 are taken from our Preliminary Environmental Impact Report.

Between 13km and 25km from the Sussex coast. This is the same minimum distance from shore as Rampion.

A 270km2 area is being searched for optimal turbine placement. The depth of the sea varies across the site – ranging  between 15m to 60m deep.

We are assessing a maximum height of 325m tip height above Lowest Astronomical Tide (that’s up to 2.3 times the existing Rampion turbine height).

It is hoped that Rampion 2 will be operational by the end of the decade. Until then, the advances in the technology to generate renewable electricity are predicted to be fast paced. Turbine designers aim to capture and convert as much of the wind’s power into electricity as possible.  Greater blade ‘tip heights’ have been key to advances in technology to date. The power of offshore turbines has increased 5-fold in just 20 years.  Our assessment of the project’s impacts looks at the maximum foreseeable impacts of the turbine types we might expect to be able to buy in the future.

Up to 1200 MW of electricity able to power 1m+ homes equivalent.

Up to 4 cables connecting the wind farm to a proposed landfall at Climping, running under the seabed and underground without disturbing the beach. The Sussex coastline is densely populated, with lots of built infrastructure. This severely restricted the selection of the viable cable landfall area.

Route for a 36km underground cable is being explored from the landfall at Climping  to a new substation in the vicinity of the Bolney National Grid Substation, at Twineham, mid Sussex.

We have refined the cable  route to minimises disturbance to local ecology, geographical features and sea users.

A new onshore substation is needed in the vicinity of the National Grid Bolney substation in Twineham, to control the electricity flow onto the national transmission system.

A range of sites, up to 5km away from Bolney were assessed leading to a current shortlist of 2 options currently being consulted on.

Benefits for your home

Benefits for the environment